In 1987 Malcolm Cutler and Tony Scrivens, both Elan owners, attended the annual Lotus Club day at the Stoneleigh Showground in Warwickshire. It was early in the year, cold, wet and held in the cattle sheds, with the ever-present smell of disinfectant and other effluents! Their wives, understandably, were not keen to join them and even for two ‘petrol heads’ a day in the company of cars all of the same make, and in these unwelcoming conditions, became something to be endured, but not totally enjoyed. 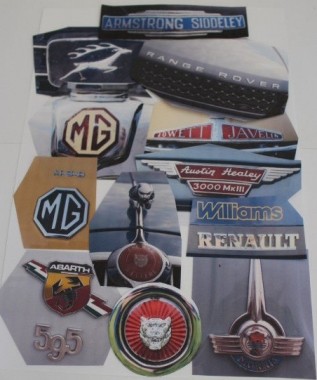 The following weekend Malcolm and Tony were bemoaning their experience whilst enjoying a quiet pint in their local, the Hyperion House Hotel, in Fairford (now the Hyperion Care Home – no comment please). It was agreed that we all need one make clubs but why can’t we also meet up with fellow enthusiasts with other makes in more convivial surroundings, and which would also encourage wives and families to join in. At this point the owner of the Hyperion, Peter Hands, challenged the duo to ‘do something about it’ and create a local club for like minded enthusiasts and their families, regardless of their interests in specific makes of car, motorcycle, airplane, boat etc. Following further lubrication (no not Castrol R) the Fairford Classic Car Club (FCCC) was borne and through word of mouth and an editorial in the Glos & Wilts Standard, the first meeting was arranged at the Hyperion Hotel for Sunday April 12th 1987. 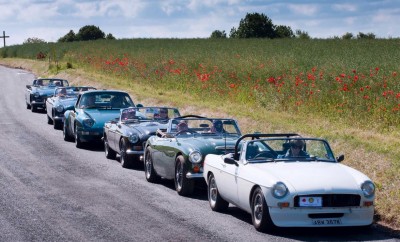 After considerable worry as to whether there would be any interest, the organisers were very relieved when 15 cars turned up, the sun shone and everyone agreed that this was a ‘jolly good idea’! In fact, much of the support came from the wives who said at last they could enjoy a day out ‘with the boys and their toys’, without being “totally bored”. A particular pleasing sight was seeing the owner of a Ferrari 275GTB (John Lloyd) in deep conversation under the bonnet of the Austin 7 Ruby (David Titcombe) that had been parked next to it.

The success of the club soon got around and the membership list began to grow. A committee was formed including Malcolm Cutler, Tony Scrivens, Peter Hands and Barry Cooper, who volunteered to be the secretary and start the club magazine – a post he has recently relinquished after 26 years!

The rest, as they say, is history, with the club now having around 80 members, and organising a wide variety of events for its members throughout the year.